THE LARGEST WATERFALL IN THE WORLD 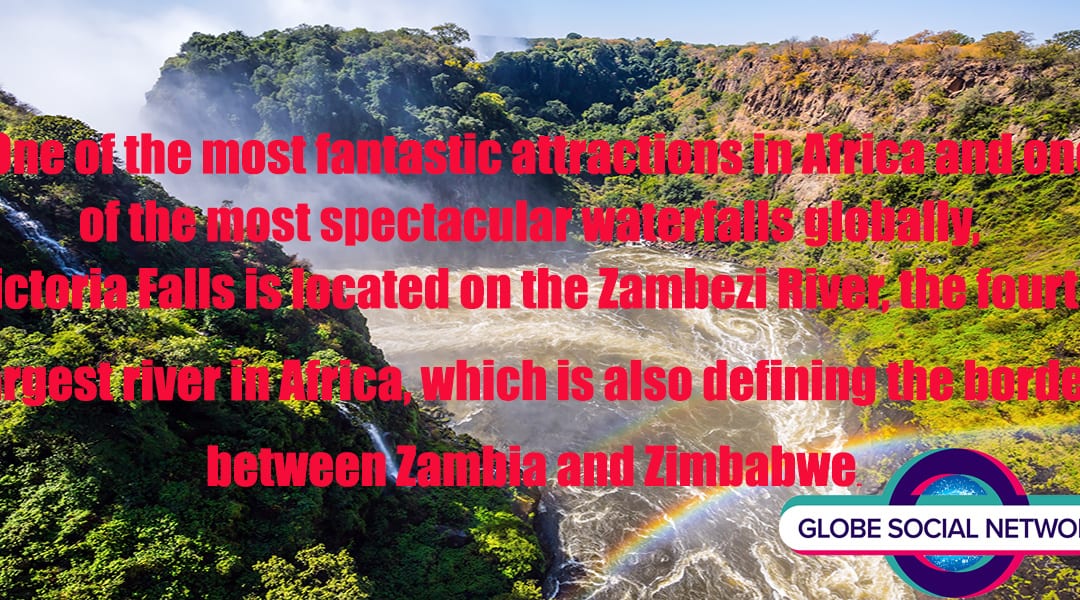 One of the most fantastic attractions in Africa and one of the most spectacular waterfalls globally, Victoria Falls is located on the Zambezi River, the fourth largest stream in Africa, which defines the border between Zambia and Zimbabwe.

Victoria Falls is the only waterfall globally with a distance of more than a kilometer and a height of more than a hundred meters. It is also considered to be the most massive fall in the world.

The sound of Victoria Falls can be heard from a distance of 40 kilometers, while the spray and mist from the falling water are rising to a height of over 400 meters and can be seen from a distance of 50 kilometers. No wonder that the local tribes used to call the waterfall Mosi-o-Tunya “The smoke that thunders.”

Scottish missionary and famous explorer of Africa David Livingstone (1813-1873) named it after Queen Victoria. Livingstone, the first European to cross Africa from south to north, discovered this awe-inspiring waterfall in 1855 while preaching Christianity in Africa. That is why Livingstone wasn’t very pleased with his discovery: it was just an obstacle on his way.

Despite the inconveniences, he was fascinated by the beauty of the falls. In 1857 Livingstone wrote that no one in England could even imagine the beauty of this scene. Religious Livingstone also noted that most probably angels are admiring the scenery while flying nearby. Soldiers accompanied him, but only two of them took the risk of approaching the waterfalls with Livingstone. For centuries local African tribes had a sacral fear from the waterfall.

People hardly visited the waterfall up until 1905, when a railway to Bulawayo was constructed. Since then, Victoria Falls quickly gained popularity until the end of the British colonial rule. At the end of the 1960s, the number of tourists started to decrease due to Zimbabwe’s guerrilla struggle. After Zimbabwe gained independence, the region has been in relative peace, and Victoria Falls started to attract a new wave of tourism.

By the end of 1990, nearly 300,000 people were visiting the falls each year. Victoria Falls is a UNESCO World Heritage Site. The citizens of both Zambia and Zimbabwe no longer fear “the smoke that thunders” and are successfully developing tourism on both sides of the river.

The falls were formed in a zone of crustal faults. On the crest of the fall, numerous islands divide the main flow into several branches. During floods, the water flow capacity reaches half a million liters of water per minute.

The water level varies throughout the year; it is at its peak in April, at the end of the rainy season when, on average, 500,000,000 liters of water flow. It is at its lowest level in October and early November.

Interestingly, during the dry season, the Zambezi River’s water level drops sharply, and it becomes possible to walk through some parts of the waterfall. However, during the rest of the year, Victoria Falls is a roaring machine that strikes anyone with its power.