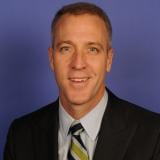 Washington – After Republican Leadership rigged a previous vote on a similar bill, Representative Sean Patrick Maloney’s (NY-18) amendment to prevent federal contractors from discriminating against LGBT employees passed the House by a bipartisan vote of 223-195. The Maloney amendment was introduced tonight to the Energy and Water Development and Related Agencies Appropriations Act of 2017, and would specifically prevent contractors paid by funds allocated for energy and water projects from discriminating against employees based on their sexual orientation or gender identity. After House Republican Leadership violated their own rules to strong-arm seven republicans into switching their votes to vote against Maloney’s amendment, the Maloney amendment passed tonight with 43 Republican votes.

“After House Republican Leadership broke their own rules to rig a vote and stack the deck for discrimination – tonight proved that equality will always win,” said Maloney, co-chair of the Congressional LGBT Equality Caucus. “Folks back home want to know that their government is on the level – and when last week’s vote went down under such extraordinary circumstances, my Republican colleagues went back home to their districts and heard them echo cries of, “Shame!” I offered my amendment today – through an open process – to give my colleagues a second chance to do the right thing and stand against discrimination. Tonight Congress took that chance and we claimed a victory for equality.”

Representative Sean Patrick Maloney is the first openly gay member of Congress from New York. After 22 years together, he married his husband Randy Florke in June 2014 in Cold Spring, NY where they live with their three children.