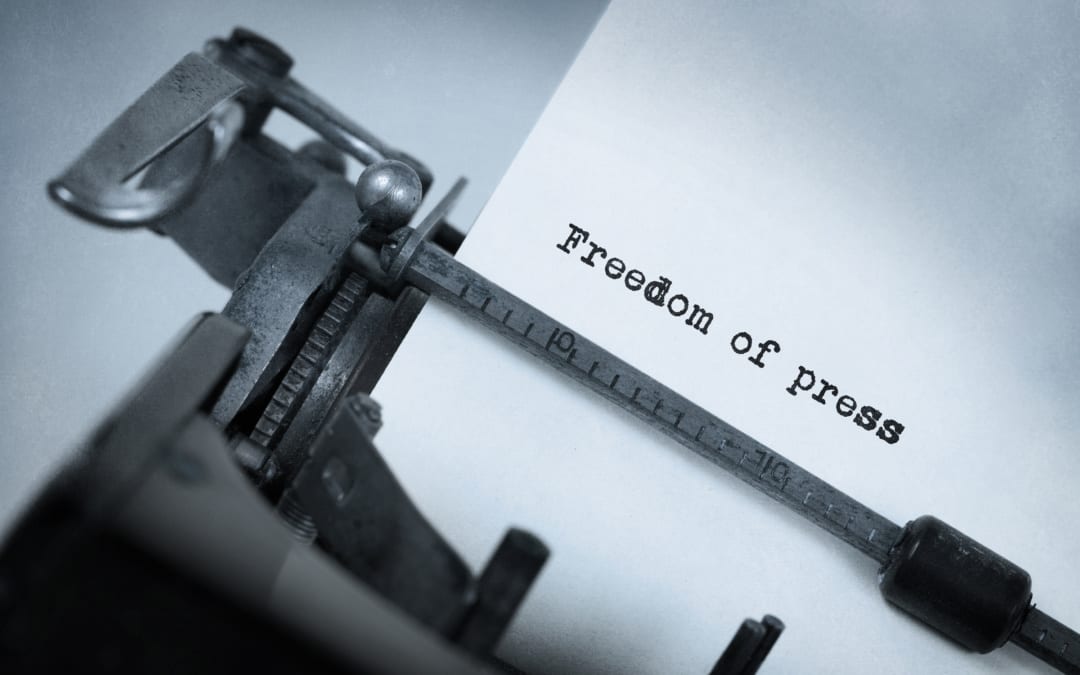 The backlash against journalists and others who criticize their governments’ handling of COVID-19 is hampering efforts to tackle the virus, Amnesty International said today. The organization warned that censorship of vital information related to the pandemic has become a global phenomenon and urged governments to prioritize public health over their own egos. There is no hope of containing this virus if people can’t access accurate information Ashfaq Khalfan, Director of Law and Policy

Ahead of World Press Freedom Day, Amnesty International is highlighting cases where authorities may have put the right to health at risk by cracking down on freedom of expression and access to information.

“There is no hope of containing this virus if people can’t access accurate information. It is truly alarming to see how many governments are more interested in protecting their own reputations than in saving lives,” said Ashfaq Khalfan, Amnesty International’s Director of Law and Policy.

“From the earliest days of this pandemic, when Chinese authorities censored media reports and punished whistleblowers, journalists around the world have been risking their lives, freedom, and jobs to share potentially life-saving information with the public.”

A core feature of the right to health is the right to access timely and accurate information. In the case of COVID-19, this means everybody has a right to access all available information about the nature and spread of the virus, as well as the measures they can take to protect themselves. But governments around the world have arrested and detained journalists and other media workers for sharing exactly this kind of essential information.

On 12 April, the Russian newspaper Novaya Gazeta published an article by journalist Elena Milashina, in which she criticized the Chechen authorities’ response to the pandemic. Chechen leader Ramzan Kadyrov said people who pass on the infection are “worse than terrorists” and “should be killed”, comments which Milashina warned had led people to conceal their symptoms out of fear. In response, Kadyrov posted an Instagram video in which he threatened Milashina, appealing to the Russian government and Federal Security Service (FSB) to “stop those non-humans who are writing and provoking our people.”

In Niger, journalist Mamane Kaka Touda was arrested on 5 March after posting on social media about a suspected case of COVID-19 infection in Niamey Reference Hospital. He was charged with “disseminating data tending to disturb public order”.

In Egypt, security forces arrested Atef Hasballah, the editor-in-chief of AlkararPress newspaper, on 18 March, and subjected him to enforced disappearance for nearly a month, following a post on his Facebook page in which he challenging the official statistics on COVID-19 cases.In the midst of a global pandemic authorities should have more important priorities than trawling Facebook for posts they don’t like Ashfaq Khalfan

In Venezuela, journalist Darvinson Rojas spent 12 days in detention after reporting on the spread of the virus in the country and was pushed by authorities to reveal his sources. He was charged with ‘advocacy of hatred’ and ‘instigation to commit crimes’ and released on bail pending a criminal investigation. Serious shortages in basic health services and medicines have adversely affected people’s ability to access adequate health care in recent years in Venezuela, and even prior to COVID-19, no epidemiological data had been published by authorities since 2017.

In Turkey, İsmet Çiğit and Güngör Aslan, senior staff at local news website SES Kocaeli, were detained on 18 March following the publication of an article about two COVID-related deaths in the local hospital. They were both released after being questioned about their sources (which were from the hospital) and felt pressured to stop their reporting on the issue.

In India, journalists reporting on the COVID-19 situation have been summoned to police stations and forced to explain their stories, including Peerzada Ashiq, a senior journalist with The Hindu in Kashmir, and Siddharth Varadarajan, editor of The Wire in Uttar Pradesh. Many others have been arrested such as Zubair Ahmed, a freelance journalist in Andaman and Nicobar Islands, Andrew Sam Raja Pandian, the founder of the web portal SimpliCity in Tamil Nadu and Rahul Kulkarni, an ABP Majha reporter in Maharashtra, who was later released on bail. Meanwhile, internet restrictions in the Jammu & Kashmir region continue despite the rising number of COVID-19 cases.

Journalists have been prosecuted for reporting on COVID-19 in many other countries including Azerbaijan, Kazakhstan, Serbia, Bangladesh, Cambodia, Uganda, Rwanda, Somalia, Tunisia and Palestine.

Meanwhile journalists who report on human rights abuses related to the pandemic, such as police abuses or poor prison conditions, have been harassed, intimidated, attacked and prosecuted.

For example, in Kenya police were filmed assaulting journalists who were trying to record police beating a crowd of people queuing to board a ferry before curfew. In Bangladesh, four journalists were assaulted by local politicians affiliated with the ruling party, in separate incidents between 31 March and 1 April, for exposing relief misappropriation on Facebook Live.

In addition to targeting journalists and other media workers, many countries including Azerbaijan, Hungary, Russia, Uzbekistan, Cambodia, Sri Lanka, Thailand, Tanzania and several Gulf states, have used the COVID-19 pandemic as a pretext to introduce new laws against disseminating “fake news”. In most cases, it is at the authorities’ discretion to define what constitutes false news or misinformation, and these laws act as a stark warning against free discussion of the situation.

In Hungary for example, Viktor Orban’s government has amended the country’s Criminal Code, introducing new provisions that threaten journalists with prison sentences of up to five years for “spreading false information” or communicating facts in a way that impede ‘successful protection’ against the virus. Journalists have reported being harassed, threatened and smeared for scrutinizing the government’s response to the outbreak. We all have a right to know about crucial issues that can affect our health, like equipment shortages, as well as to access reliable statistics which may contradict the official government line. Ashfaq Khalfan

In Bosnia, a doctor was criminally charged with “misinformation” and creating “fear and panic” and could be fined up to €1500, after she posted on social media about the lack of ventilators and other equipment in a local hospital.

“In the midst of a global pandemic authorities should have more important priorities than trawling Facebook for posts they don’t like. They must ensure that information about COVID-19 and the measures that are being taken to respond to it can circulate freely. Individuals are entitled to comment on, scrutinize and criticize such measures without fear of reprisals,” said Ashfaq Khalfan.

In Myanmar authorities have warned that anyone who spreads “fake news” about COVID-19 could be prosecuted, while a Ministry of Health official said they would file criminal charges against anyone who speaks out about the lack of Personal Protective Equipment at hospitals.

Debate should be encouraged

On 20 April, Tanzanian authorities suspended the licence of the Mwananchi online newspaper after it posted a photo of President John Pombe Magufuli out shopping surrounded by a crowd of people, eliciting debate about the need for implementing physical distancing.

“The suspension of Mwananchi is a clear illustration of the dangers censorship could pose to public health. Debate about containment measures should be encouraged, not silenced,” said Ashfaq Khalfan.

“We all have a right to know about crucial issues that can affect our health, like equipment shortages, as well as to access reliable statistics which may contradict the official government line.”

International human rights law prohibits criminalizing false expression, and this is an ineffective way to protect public health. States should instead step up their efforts to ensure that they disseminate reliable, accessible, evidence-based, and trustworthy information.