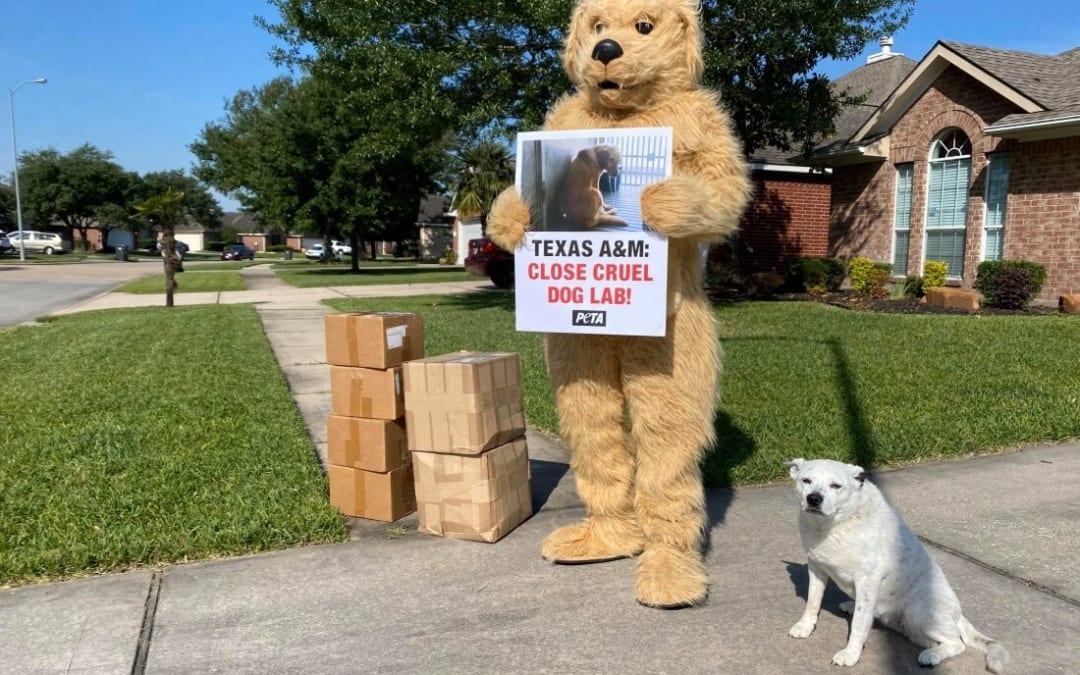 Indianapolis – When Eli Lilly shareholders join the company’s virtual annual meeting on Monday, they’ll have the opportunity to vote on a proposal from PETA—which owns stock in the company—that the company assess the effectiveness of the forced swim test and report its findings to shareholders.

Since November 2018, PETA and more than 325,000 members of the public have contacted Eli Lilly to request a formal policy banning the use, funding, or commissioning of the test. In the widely discredited test, mice and other small animals are placed in inescapable beakers filled with water and made to swim to keep from drowning, purportedly to shed light on the effectiveness of anti-depressant medications. But it has been heavily criticized by scientists who argue that when the terrified mice begin to float, it isn’t a sign of depression or despair, as some claim, but rather a positive indicator of learning, saving energy, and adapting to a new environment.

“While the fear of drowning is very real for the animals involved in the forced swim test, the experience in no way represents the enduring and multidimensional nature of depression,” says PETA neuroscientist Dr. Emily Trunnell. “When nine of Eli Lilly’s biggest competitors have banned this atrocity at PETA’s request, it’s baffling that it refuses to acknowledge that it’s defending archaic practices.”

Between 1993 and 2019, Eli Lilly employees published at least 20 papers and submitted at least 11 patent applications describing the use of the forced swim test in experiments involving more than 3,400 mice and rats. Yet the test did not reliably predict the success of a single medication. Eli Lilly’s one successful antidepressant that’s known to help humans, Prozac, doesn’t yield consistent results in the forced swim test.

PETA—whose motto reads, in part, that “animals are not ours to experiment on”—opposes speciesism, a human-supremacist worldview that fosters violence toward other animals.